… my willpower comes to face obstinacy of our chaverim there ...

The rescue work by Gisi Fleischmann and the Working Group was mainly supported by international Jewish organisations of the JDC (Joint Distribution Committee); Gisi communicated largely with the JDC representative in Geneva, Sally Mayer (Onkel Sally – Uncle Sally), and with Nathan Schwalb of the HECHALUZ in Geneva. Jewish officials and activists operating in Hungary, especially Joseph Blum, Joel Brand a Resző (Rudolf) Kasztner, were important partners for Gisi Fleischmann and the Working Group in their recue work. Until about April 1944, Hungary was a relatively safe country. The Working Group used it for clandestine transfers of the persecuted Jews who then either remained in Hungary or went further. The international financial aid earmarked for the rescue work flowed through Hungary to Slovakia. During the war, Gisi Fleischmann, was able to travel to Hungary because of the permit she held in connection with her post in The Jewish Council. Yet, in her letters she often expressed disappointment over the lack of understanding on the part of Hungarian Jews who had been able to live a relatively peaceful life beyond the southern Slovak border. The cooperation continued after the launch of deportations from Hungary; Gisi Fleischmann was again active in this context.The Europa Plan of the Working Groups fell apart, yet it was to serve later as the basis for negotiations between Eichmann and the Assistance and Rescue Committee led by Rudolf Kasztner in Budapest in the Summer of 1944, and for the so-called “offer” of one million of Jews on 10,000 lorries, the desperate plan called Blood for Goods, in which Gisi Fleischmann was also involved. It is documented from letters from the final part of her life. 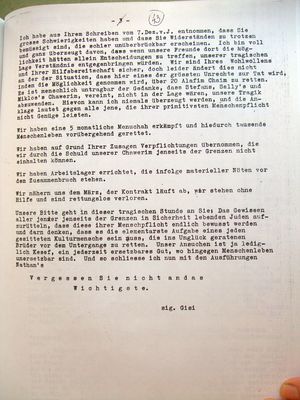 “I negotiated with all the leading figures of Hungarian Jewish life and have to say quite objectively that the local chawerim do not know Jewish solidarity. The social dimension and the joy of giving (…) Yet the opportunities are vast, given that our local friends there are, thankfully, altogether independent, free to use their assets. In spite of... 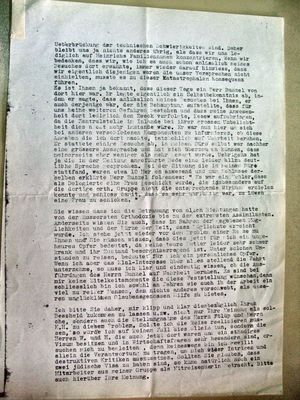 (…) You know that, these days, Mr Bunzel was here from you ... he said that he, too, spoke of my visit to you (in Hungary), there is no further danger at our end and that the purpose of my visit to you was to fundraise as our Council is no longer able to do so because of its unpopularity. (...) The meeting held in my office was... 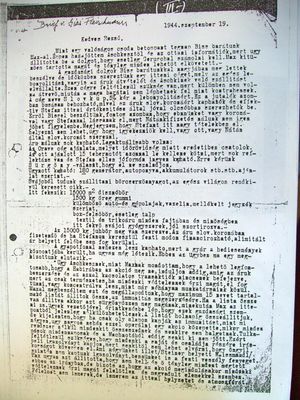 We meanwhile took care of one of the companies there that agreed to take the goods and deliver them to the Aschkin (Germans). The company is vitally needed, else there would be no customer, since our friends cannot step out of the role of contractors. The company is called Slovkup and asks 5% for the service. The provision can be paid... 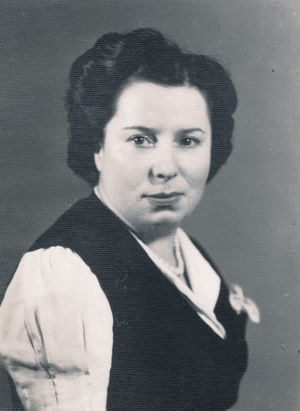 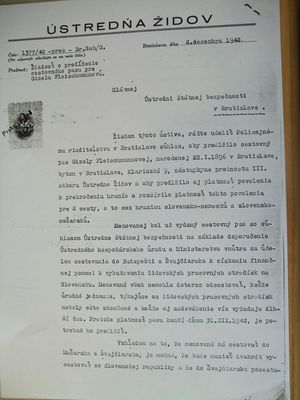 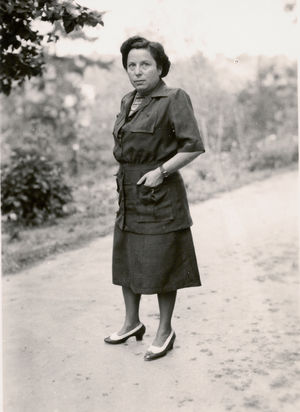 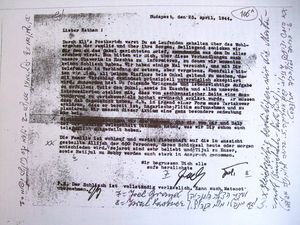 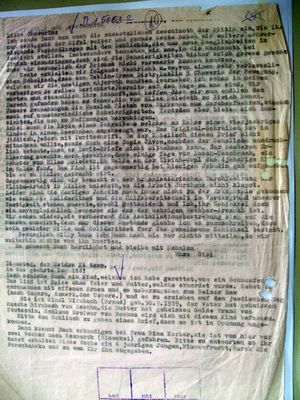